A DRAMATIC WAY OF EMBEDDING CYBER SECURITY AT COMPUTACENTER

Bigger, bolder and more ambitious than any campaign seen before at Computacenter - #BeReady raised the bar for cyber security awareness.

Computacenter approached blue goose to help them raise employees’ awareness and understanding of the threat of cyber-attacks, as well as providing practical guidance on how best to mitigate them. But what they didn’t want was run-of-the-mill. A brief dalliance with more ambitious comms had whet their appetite for something very different. 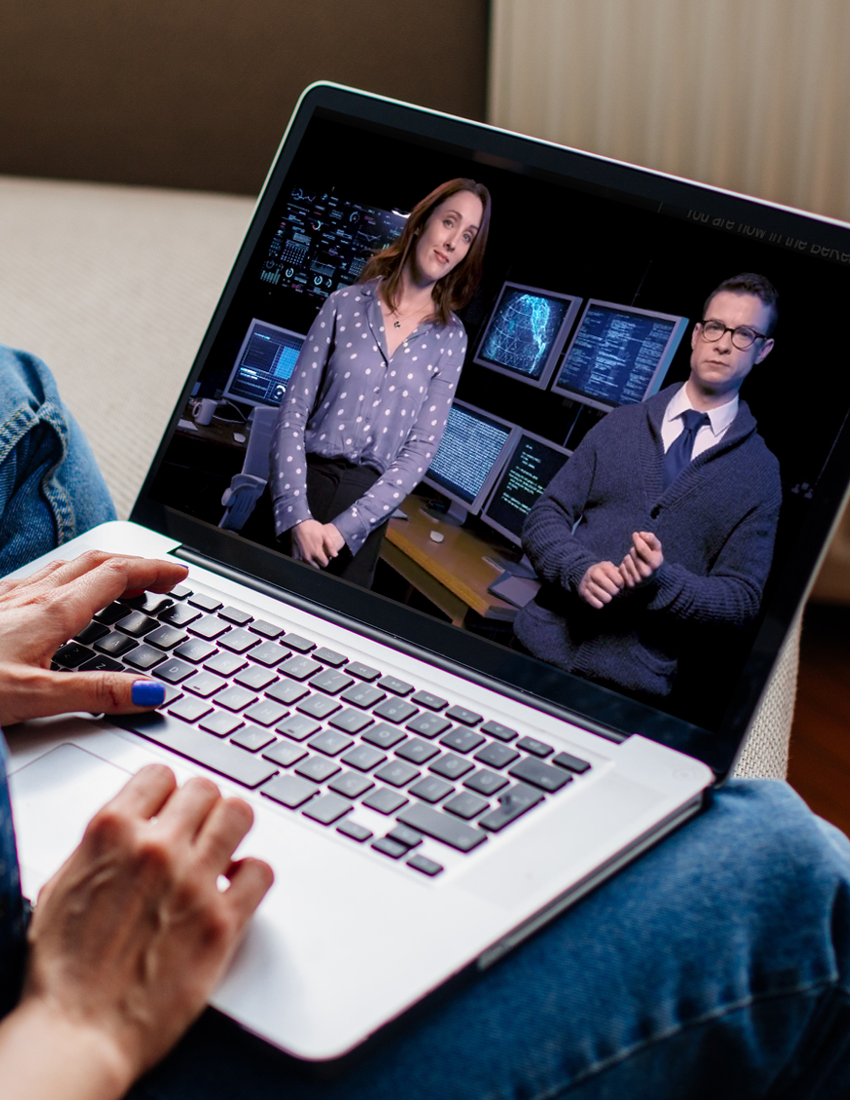 We decided to focus our attention around a new suite of eLearning, which was in no way ‘conventional’. We helped them predict and simulate a cyber ‘breach’ on the business, using the Computacenter’s eLearning platform as both the training for the breach, and the breach itself.

With a slick look and feel and innovative use of media, the campaign was perfectly pitched for an IT-savvy audience, and they soon became familiar with our lead characters who were preparing them for an imminent breach to their cyber defenses.

Balancing mystery, intrigue and humour in the lead up to (and during) the fictional cyber breach, #BeReady was a campaign that had employees asking for more.

Once the first four modules had been released, the muchanticipated attack was revealed – and employees had to play our ‘Endgame’ – putting their training to the ultimate test to thwart cyber attackers from taking over Computacenter.

And following the success of the original #BeReady campaign, we’ve developed further modules to support and maintain engagement as new cyber threats have emerged during the COVID-19 pandemic.

Over 88% of employees globally completed the first four modules of #BeReady. The number of incidents reported to Computacenter doubled in the year after release, indicating higher awareness and vigilence about cyber security threats - the key shift in attitude that we set out to achieve.

Throughout #BeReady, it is clear to follow the colleague experience which is logical, exciting and builds intrigue throughout. The mixed media approach complements the intended goals of the campaign well and creates a truly integrated approach with obvious brand alignment and cultural fit. IOIC Awards - judges comments