Bringing down the walls of the Bank of England

Information security can be an abstract issue for some staff, so to catch their attention, we brought it to life in front of their eyes by creating 'cracks' in three-metre thick walls. 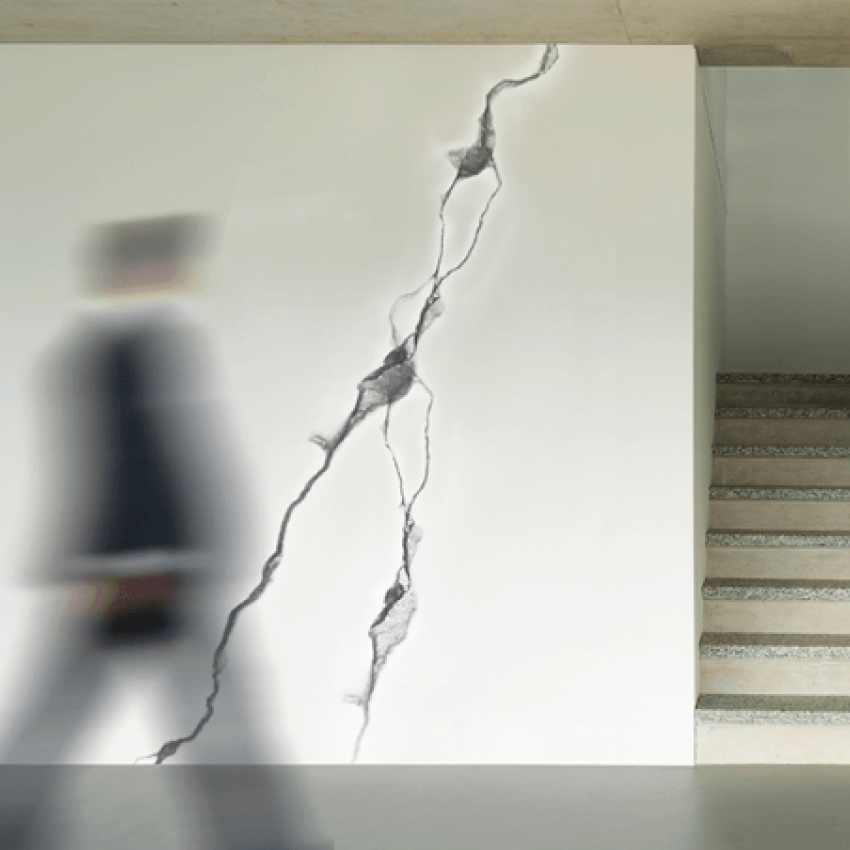 As the UK’s central bank, the security of The Bank of England is paramount. They asked us to create a documentary about the importance of information security for their 4,000 staff. We knew this alone wouldn’t achieve the employee engagement they needed. To ensure we created the maximum amount of impact, we presented a more tangible problem than information security, prompting the staff to ask, “just how secure is the Bank of England?”

We teased our campaign with cracks created as transparent stickers, directly imposed onto their physical walls, that are three metres thick in places.

After a week or two of speculation and suspicion, we then posed the question: ‘How Safe is the Bank of England?’ via a digital invitation to an immersive film event to be repeated over a single working afternoon.

In the film, we told the story of the shift in the assets, threats and consequences at the Bank of England via a 3D-mapping projection onto an internal courtyard originally designed to protect gold. 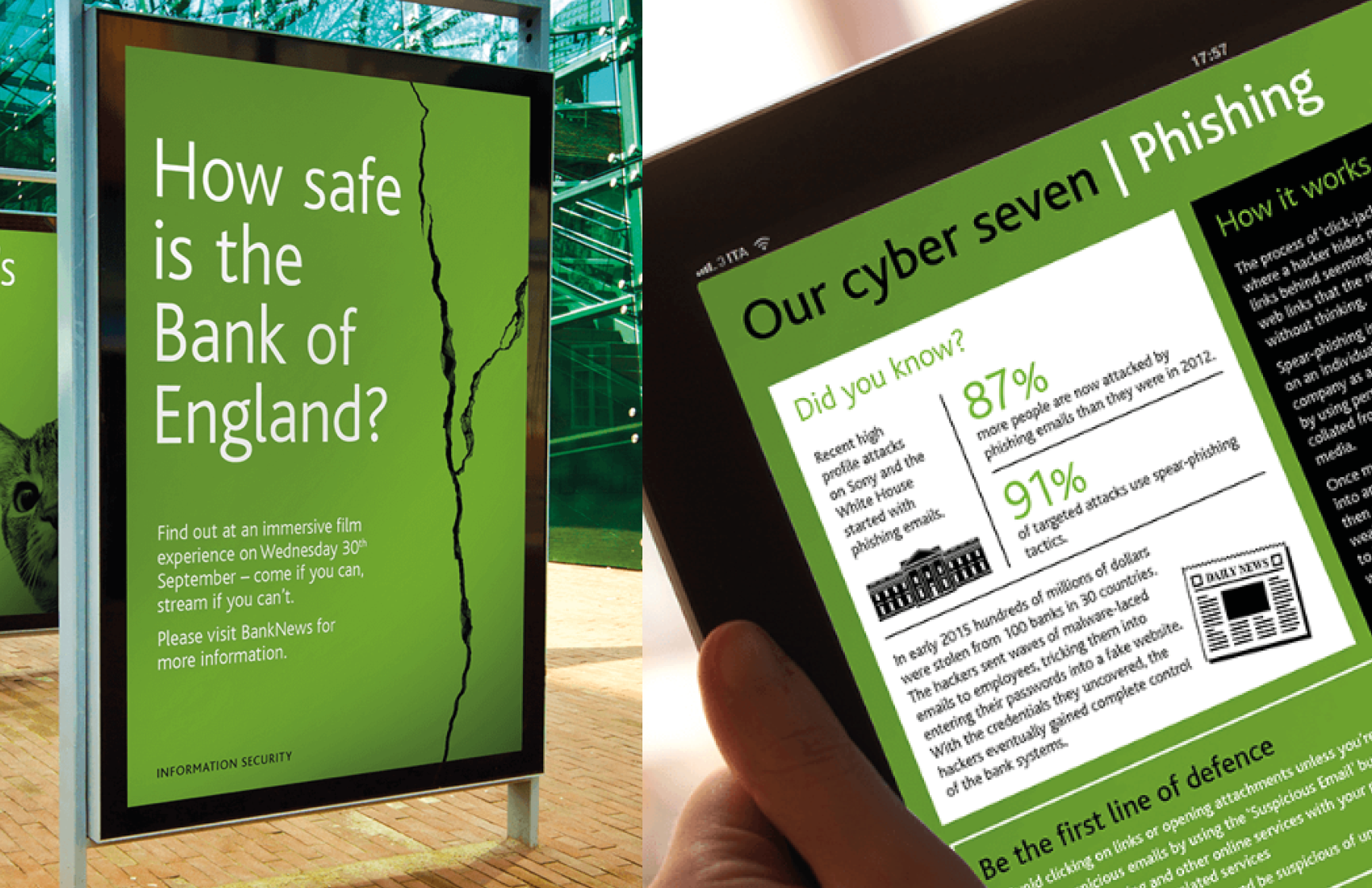 Three-quarters of their population saw the film, either live or on webcam, resulting in enormous traffic to their new Information Security hub the following day.

This was all supported by a screensaver, ambient material and The Governor himself promoting that in the digital age, Bank of England employees really are ‘the first line of defence’. An 18-month Information Security campaign followed.

Without a doubt, the work we produced with blue goose was a game changer for us here in the Bank. Fiona Kennedy, Programme Manager, Bank of England